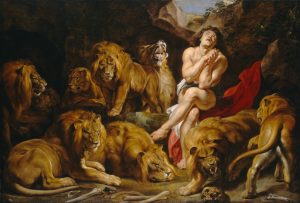 Fr Thomas’s homily on the Sunday after Ascension, 16 May

The difficulties of the world, its pains and sorrows and even the evils which are around us, present some of the greatest challenges to the Faith. When S. Thomas Aquinas considered the fundamentally basic question of the existence of God, he thought that the problem of evil was the strongest argument for thinking that there is no God; before going to explain why God certainly does exist. But yet right from the outset, the message to Christians is that evil and suffering is what we should expect. Christianity is not a magical escape from our problems, indeed by embracing it there may well be extra problems which come our way. But what it does offer us is the ability to deal with those problems and challenges, and ultimately to overcome them and enter into a world entirely free from difficulties, a place of eternal rest and enjoyment.

Sin and death came into the world because of our falling away from God. Ever since our first parents disobeyed his commandment and ate of the tree of knowledge, this has been where we live. A world where evil prowls around like a roaring lion, as S. Peter puts it.

Christ’s answer to our fall away from God was to come down into this world; to spend time among humanity, to experience everything which we experience — including the many problems of the world. We know that he wept at the death of his friend Lazarus — even though he was shortly to restore him to life again — and we can be sure that he felt the same human sadness over the deaths of others close to him, not least his foster father, S. Joseph. He went into the wilderness knowing full well that Satan would come and tempt him. He allowed himself to be seized and dragged before Pilate for torment, beating, and ultimately death. Christ knew that our world was one of trouble and challenge, but yet he chose to come into it.

Christ’s method of saving us involved coming and sharing everything which we have — the pains and sufferings among them as much as the joys.

We in our turn are called to follow Christ, to imitate him, to become as like him as we can. Just as he came into our world, out of love for us, to serve us and call us back to God. So too, we imitate him as we stay in this world, and out of love for him and our neighbour we serve other people and call them back to God. Christ’s way of salvation involved his coming into our world — our acceptance of that salvation involves us staying here for a little while.

But that doesn’t mean that we are simply to be part of the world. Christ says clearly ‘they are not of the world’ — through Baptism we have been born anew. We were part of this world from our beginnings, we came into the world with original sin, as part of that cycle of sin and death. But yet, in the waters of Baptism we have been reborn — born not as part of that world where death reigns, but as part of that glorious kingdom above where Christ reigns. Where death has been beaten by his resurrection. Where his goodness fills everything. We are called to stay in the middle of this world for a time, but our minds are not to be here — our minds and our hearts now belong to God, and they should be directed upwards to him.

This life, where our minds are focused on God, but we still live surrounded by this fallen world, is a place of challenge. We, like Christ, are subjected to many temptations — unlike him, we often succumb to them. We often embrace those temptations and the sins which follow from them. When we do this, we turn our faces away from God and towards the world. We walk away from that new birth which we have been given in Baptism back to our old lives.

If and when we do this, Christ waits for us; he knows what those temptations are like, he knows that we are often weak. He waits for us to turn back to him, to ask for a renewal of his grace in our lives; to ask that he help us to turn our faces back towards God and away from this world. He waits holding in his hand the forgiveness that he longs to give to us, and will give us when we approach him and ask for it.

Through the long cycle of falling away from God, then coming back to our senses and returning to God; through all of this, Christ continues to offer that same prayer to the Father. “I do not pray that you should take them out of the world, but that you should keep them from the evil one.” Praying that even as we stay for a while in this world with all of its evils, that we can have that protection — that we are kept safe from all of those forces which are set up against us, and want us to fall away from God, to leave him behind, and embrace the world.

That prayer is no meaningless mumbling of words either; this is the prayer offered by Christ from his throne in heaven. This is the intercession which he offers for us every moment; which he offers especially when we have those times of trial or temptation. There is no more powerful prayer which can be offered for us.

When we feel the world closing in around us; when its pressures seem too much to bear; when its temptations keep burying their way into us; that is when we should turn to God most especially. Asking for his support and grace in that moment — asking for that support and grace knowing the Christ is offering this prayer ‘that [God] should keep us from the evil one’, and that as he offers it, all of the Saints join with him.

We are being called to live for a while in this world, but as we do so to keep our focus on our new world — our true homeland above. The more our minds and our hearts are turned to God, the more we are open to receiving the benefit of this prayer which Christ offers for us. Let us turn to God in our moments of challenge and difficulty, and let us do so in confidence knowing that Christ is offering this prayer to the Father — that he will keep us from the evil one.