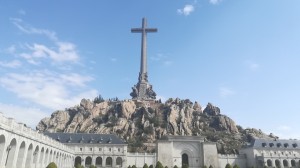 This ongoing pandemic has shaken the world in a manner we could never have expected. So much of what we have taken for granted we now either cannot do or have very limited access. The economy is in melt down with all it ramifications for people’s jobs and homes. We cannot even just pop out for a coffee or visits the homes of friends and family. The dangers of loneliness and increased mental health issues are real.

The scientists, the new priests and tellers of truth, have been sending out all sorts of contradictory messages creating uncertainty and fear. If it is true, it may have been such fear and panic that led the Bishops’ Conference to petition the Government to close churches as part of the imposed restrictions.

Although there are indications that there will be some easing of restrictions it is going to be many months before all restrictions are lifted. When they are it will be a different world and a different Church that emerges. Will this time have been a time that see a spiritually stronger people of God, renewed in our passion for the sacraments and our mission to proclaim the Good News of Jesus Christ? Or will it be a smaller broken Church that will take months if not years to recover from?

St Peter, as I have said before addresses his epistle to a community also going through a time of great turbulence. He has consistently tried to point them, in the midst of great uncertainty, to focus on the one who is unchanging and eternal; to the one who has over come the world. He emphasises that in fact trials and tribulations are to be expected and are an inevitable part of the life of a disciple of Christ. It is part of the process of our dying and rising as we are being transformed in preparation for being citizens of the heavenly kingdom.

There is a sense of irony that Peter, in this part of the epistle, uses the image of a stone and rock to refer to our Lord. The one who renamed Simon as Peter the rock upon which His Church would be built. Peter knows that he can only ever fulfil that vocation and the Church built if the rock is laid on the foundation of the living stone that is Christ the Lord himself.

Peter almost certainly has in mind a Jewish tradition of the time that looked toward the renewal of Israel. This renewal would see the restoration of former glory, free from gentile rule and where once again the presence of God would visibly return to the temple. This restoration would come about once the right stone, person, messiah, had been found to lead such renewal.

This story of the ‘Stone’ or ‘Rock’ looks back at the Exodus and the trial of the people at Meribah where Moses struck the stone from which living water flowed. Paul makes explicit that which Peter implies. In 1 Corinthians 10:4 referring to the Exodus he says: “all drank the same supernatural drink. For they drank from the supernatural Rock which followed them, and the Rock was Christ.”

Peter, quoting Isaiah 26:16, states that this stone has already been laid in Zion. It is the cornerstone; we either build our lives upon it or it will be the stone that we continually stumble and fall over.

It is only if we are able to stand upon this living stone will we be able to emerge from this present crisis positively, revealing more clearly that we are a chosen race, royal priesthood, God’s own people and where our true joy will be found.